Inspired by the landscape of Snowdonia

Rauni Higson is one of Britain’s leading silversmiths. Originally trained in Finland, her studio is located in the dramatic landscape of Snowdonia, a rich backdrop of mountainous crags and rugged coastline that informs her work. All her pieces are made by hand and by hammer, using her contemporary interpretation of traditional skills. 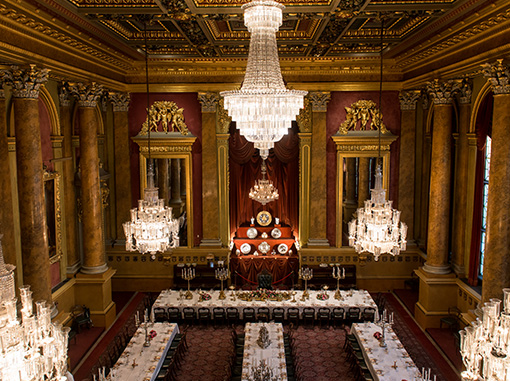 In 2015, Rauni was one of two women silversmiths ever to have a piece commissioned for the Goldsmiths’ Company’s Buffet Plate.

Created for Lord Sutherland, her ‘Mountain Burn’ Rosewater dish was inspired by fast flowing streams (burns) of the Scottish Highlands. Rauni has five other pieces in the Goldsmiths’ Company Collection.

In 2017/8, Rauni created a pair of Candelabra for the Worshipful Company of Weavers, which showcased her signature technique of Anticlastic forming to create the effect of threads developing into fabric billowing in a breeze

In 2017, Rauni was the first silversmith commissioned by the Worshipful Society of Apothecaries since the 19th Century. She created a striking design for a Loving Cup based on the Society’s emblem of Albrecht Dürer’s iconic Rhinoceros print of 1515. 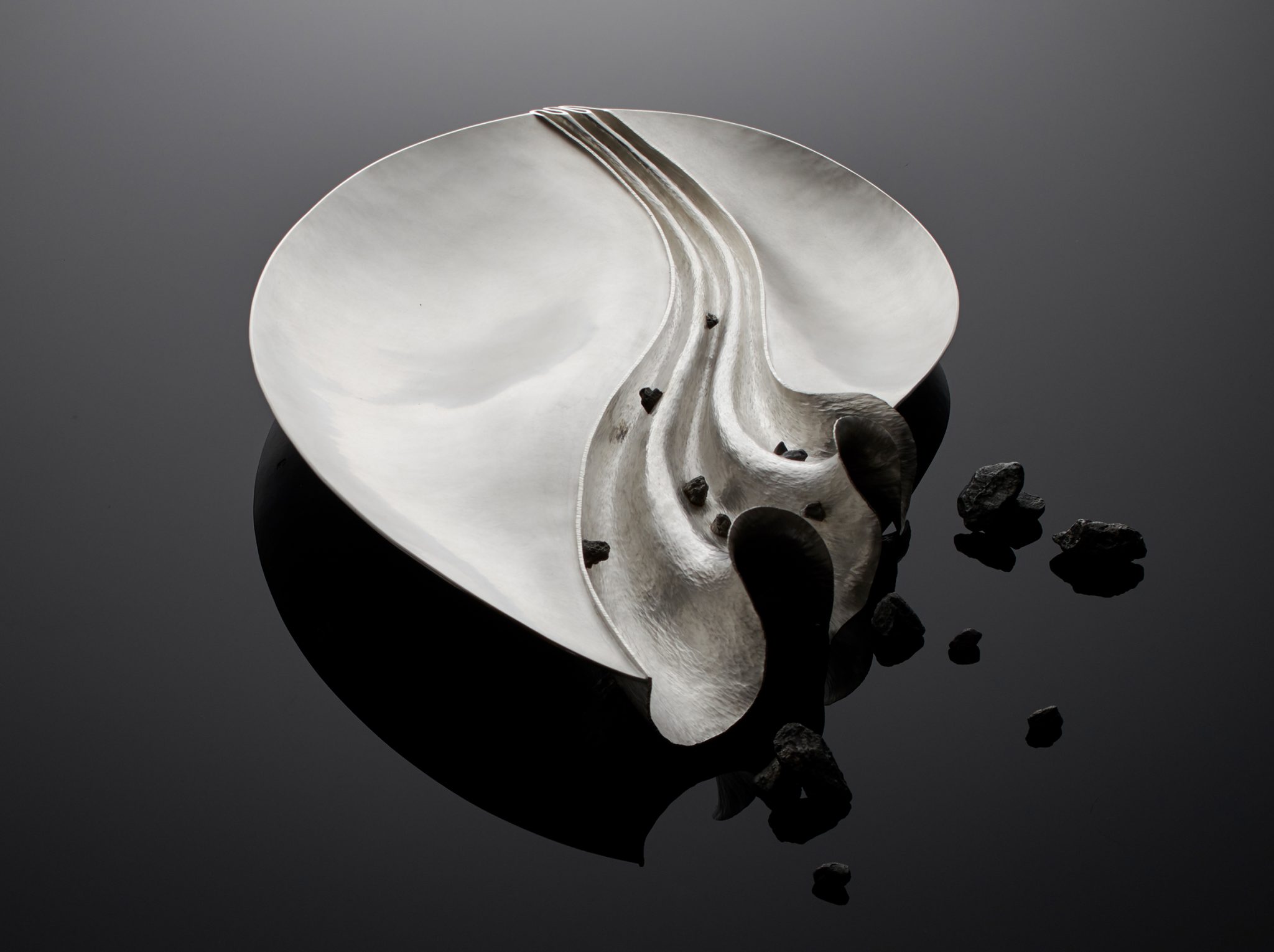 In 2017, the National Museum of Wales (Amgueddfa Cymru) in Cardiff commissioned Rauni’s ‘Glacier (II)’ piece, inspired by experiences on glaciers in Iceland.

To find out more about the making of this piece, see the ‘Targeted Force’ film above. 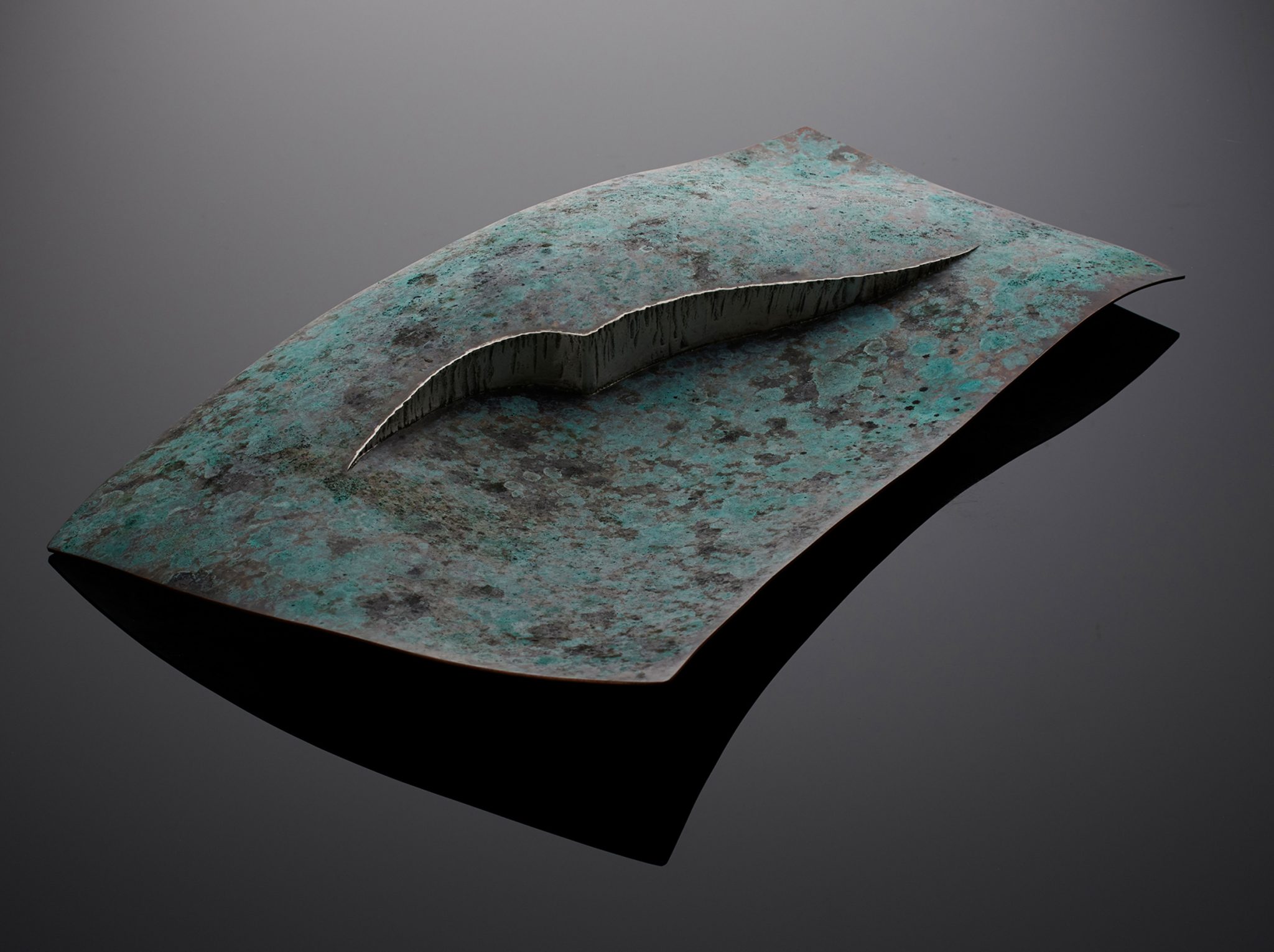 Rauni was awarded the prestigious Arts Council of Wales Creative Wales Award in 2016 to develop her creative practice.

Using bronze, Rauni explored a deeper connection with the powerful landscape of her chosen home, North Wales, drawing on her experiences rock climbing, a powerful and intimate way to explore the landscape. 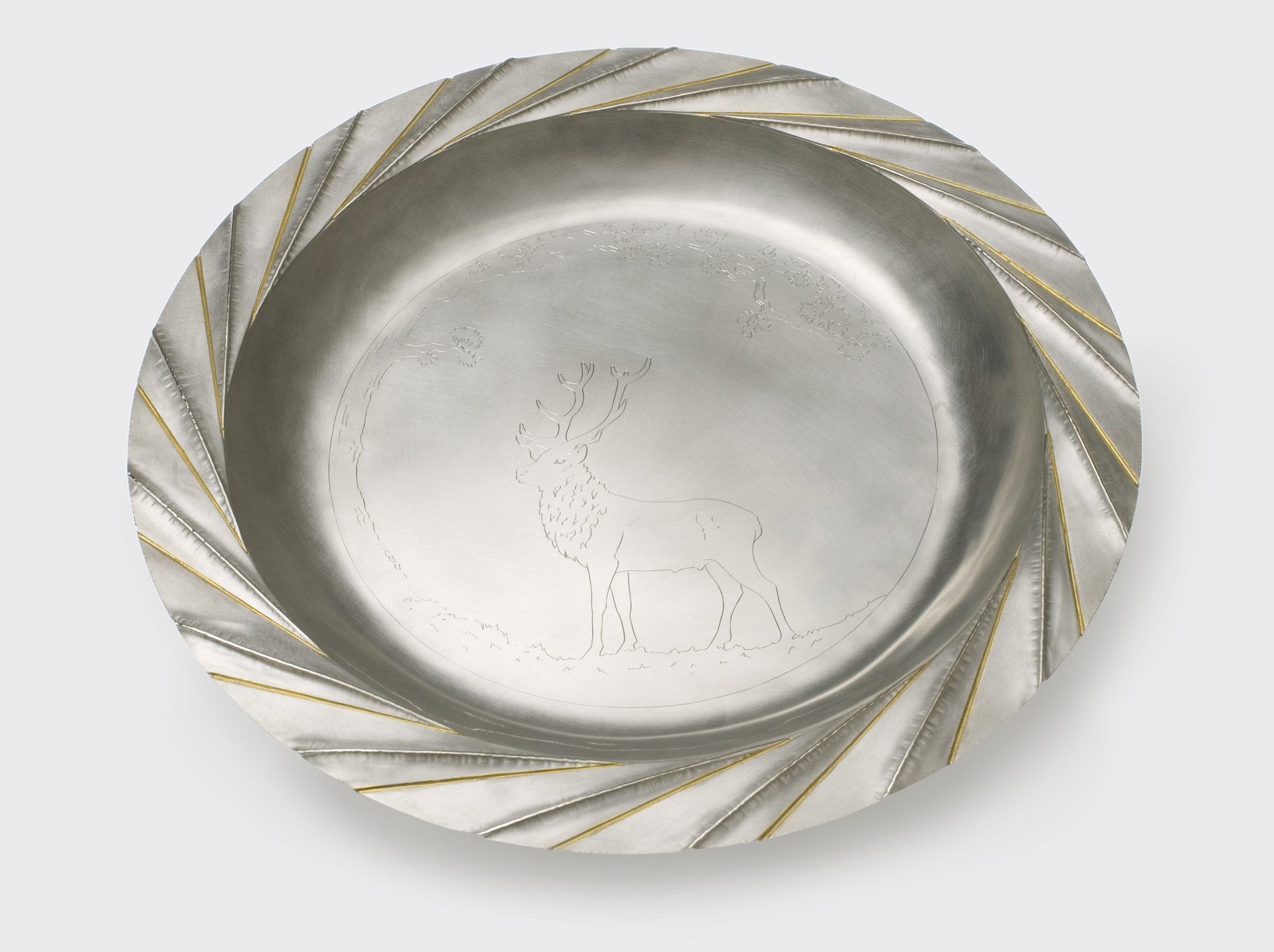 Duke and Duchess of Cambridge

In 2011, Rauni made a wedding gift for the Duke and Duchess of Cambridge, presented on behalf of the people of the Royal County of Berkshire, Kate’s home county.

The Technique of Fold-Forming

In 2001, Rauni was introduced to the almost magical technique of Fold-forming by Brian Clarke in Ireland.

The Arts Council of Wales first supported Rauni to train for two weeks with Brian, which had a profound effect.

Fold-forming is a simple idea, a sheet of metal is folded in two like a piece of paper, then hammered while folded, to introduce curves and distortion, which become a complex three-dimensional form when the fold is prised open. It often results in an imperfect symmetry which mimics growth patterns in nature, such as leaves, coral, fungi, seaweed, shells and ferns. The technique was developed by Charles Lewton-Brain in the 1980s.

To see the process of Fold-forming in action see the Makers’ Guild in Wales film below:

Sign up for newsletter and updates on exhibitions and events:

Rauni Higson's studio is in the Nantlle Valley, Snowdonia, North Wales. If you would like to visit, please call or email to arrange an appointment. Rauni is also available for appointments in Central London.