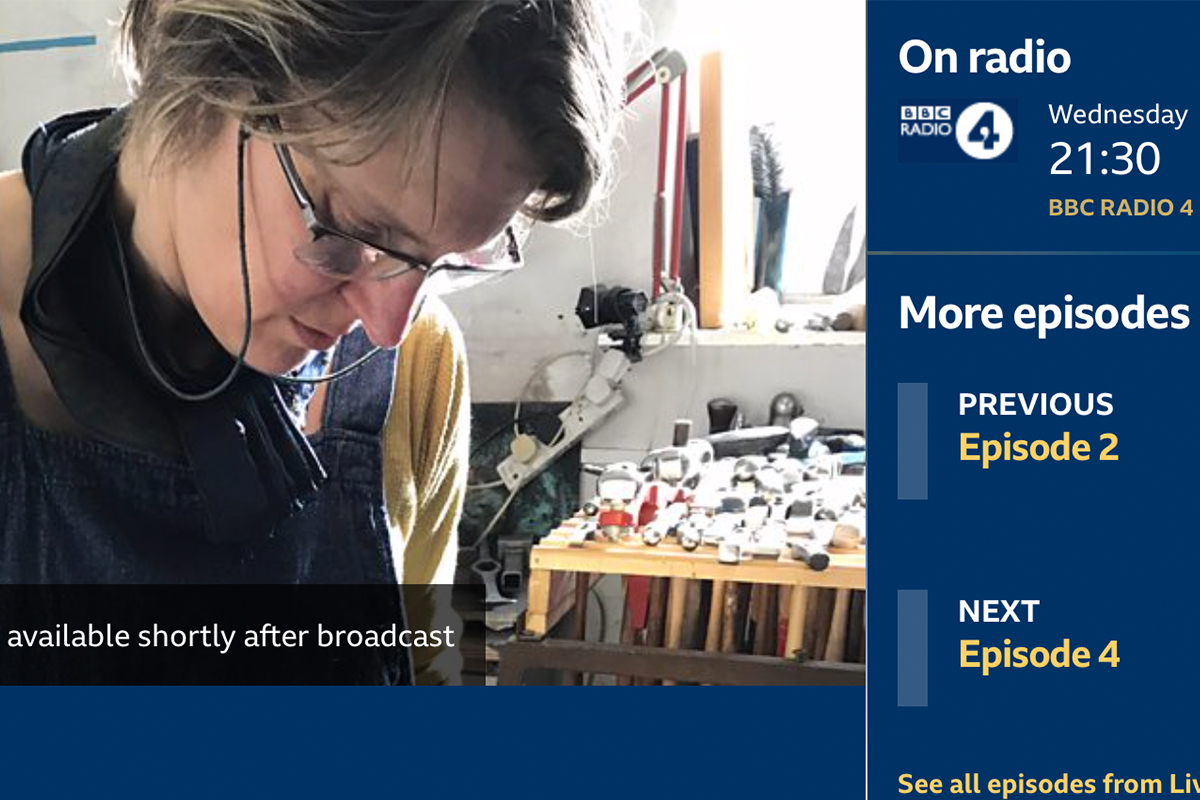 On Wednesday 11 March 2020, Rauni Higson was interviewed in her Snowdonia studio on BBC Radio 4 as part of the station’s Living National Treasures series. As the BBC programme site says:

‘We have become divorced from physicality. Technology detaches us from touch and provenance. This, in part, has contributed to the boom in artisanal crafts. It’s a call back to more tactile experiences. We’re learning to craft, to forage, to paint, to build; gravitating towards skills which can replace some of the sensory connections from which we’ve disengaged. We want to literally get our hands dirty!

Living National Treasures seeks to represent this societal shift. This series celebrates existing ability and drawing attention to them, taking the listener by the hand into people’s homes, their workshops and their lives.

While the Living National Treasure tradition began in Japan – where they also commend buildings and monuments as ‘National Treasures’ – the celebratory trend has now been adopted by France, Thailand, South Korea and Romania. Living National Treasures are defined as people who possess a high degree of knowledge and skill in a culturally significant craft. In Japan, this includes crafts such as ceramics, textiles, metalwork and even papermaking.

Living National Treasures is a combination of slow radio, artisanal craft and poignant personal stories. The series represents crafts which are absolutely in and of a place and tell us something about the community and the individual. We get under the skin of practitioners, learning why they’ve decided to eschew more conventional careers to sustain an existence practising rare and unusual crafts. This is aspirational aural escapism, allowing us to reflect on such a life for ourselves. Each programme will induce a sense of flow in the listener; that peaceful, mindful state when you’re doing something, but you’re almost unaware that you’re doing it.